Hasan Minhaj, a correspondent for The Daily Show, has gained a lot of popularity in the past year with the release of his Netflix comedy special, Hasan Minhaj: Homecoming King. Netflix isn’t quite done with the comedian yet – they have singed Minhaj on for a 32-episode, weekly comedy show.

Netflix has not released much information about the series, but notes that the program will allow for Minhaj to “explore modern cultural and political landscapes with depth and sincerity”.

Minhaj produced his own pilot, which began a bidding war for his program between Comedy Central and Netflix, that Netflix ultimately won. Netflix’s Vice President of Content, Bela Bajaria says of Minhaj: “He’s a phenomenal writer with a distinct point of view [and] he is a brilliant performer, who is hilarious both onstage and off. And more importantly, he isn’t afraid to share his thoughtful voice and unique perspective.”

Episodes will be released on Netflix later this year.

The 20 Best Children’s Television Characters of All Time 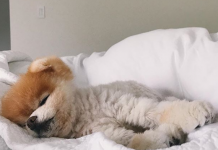 The 23 Best Throwback Songs for Your Workout Playlist

The 23 Best Throwback Songs for Your Workout Playlist

The 20 Best Children’s Television Characters of All Time